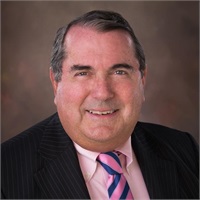 Attended Gastonia public schools and Asheville School, Asheville, NC.  Tom completed his undergraduate work and earned his Bachelor of Science in Business Administration in 1963.   In 1965, Tom graduated with a Masters of Business Administration majoring in insurance in 1965 from the Wharton School of Finance and Commerce at the University of Pennsylvania.

Tom is the second generation of Watsons to work in the family agency.  Having started his career with the agency in 1965, Tom took over from his father, Thomas Craig Watson, Sr., in 19xx.  Tom has been at the helm of the agency ever since and his strong commitment to his community and dedication to his clients are evident in every part of Watson Insurance.